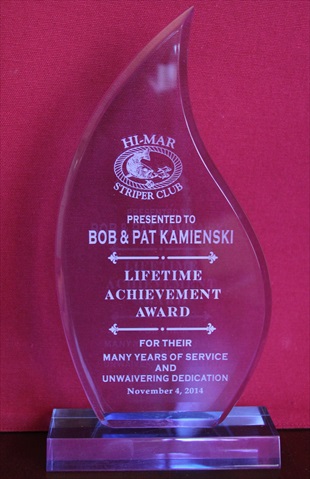 Other awards winners include:

Steve Machalaba was honored as Sportsperson of the Year

Tony Santoro received a special Hi-Mar Above and Beyond award for his many services to the club and its projects.

It was also announced that a Lifetime Achievement Award had been brought to Bob and Pat Kamienski before Bob succumbed recently to brain cancer. He had been in the forefront of running the tournaments and obtaining publicity for many years. It will take many members to replace him.