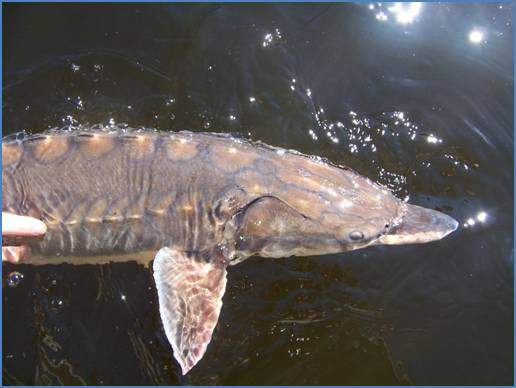 It has been illegal to fish for, catch or keep Atlantic sturgeon for more than a decade. The listing decisions will not have an immediate effect on fishing. NOAA will work with fishery management councils, interstate fisheries managers, state agencies, and the fishing industry to find ways to further reduce bycatch of Atlantic sturgeon in federal and state waters without unduly hampering fishing activities. For example, NOAA continues to fund research to test modifications to fishing gear that can reduce bycatch of fish, including Atlantic sturgeon.

A team of biologists from NOAA, the U.S. Geological Survey, and the U.S. Fish and Wildlife Service completed a formal status review for Atlantic sturgeon in 2007. The review indicated populations of Atlantic sturgeon remain far below historical levels.

In the Delaware River before 1890, there were an estimated 180,000 adult females spawning, and now the total spawning adults in that river is believed to number fewer than 300.